The “Miners’ math “, via ferrata on sugar loaf, develops almost entirely vertically along the old path that the miners used to climb on the top. The via ferrata starts from a small ledge at the sea level where there was the racks docking (the boats used to transport the minerals)

Already from the landing the cables protect the first short stretch that leads to a small square, overlooked by several mining tunnels, some of which are walled, where you can consult the street book.

From the square you access a passage on landslides (stable) that lead to a horizontal roof walkable with cables in total safety. It continues without problems up to the base of the vertical characterized by iron pegs or natural rocky points that reduce the technical difficulties so you can walk fairly quickly with excellent views towards the sea and overhanging walls.

At the roof of the left cave, the vertical ends to look out on the exposed slope to the west of the island. After about ten meters without safe, take the cable for the last 10 meters of vertical that lead to the top.

On the sugar loaf top, which rises up to just over 130 meters, a ring path marked by stone men indicating the most important points to see can be explored

It is advised not to get too close to the edge of the cliff which could be dangerous.

Along the way, you will see the coast from Masua beach to Cala Domestica and Porto Flavia harbor set in the cliff facing the east side of the island, inaugurated in 1924, is an old mining harbor for loading ships.

You will also admire Laveria Lamarmora and the whole mining area of Masua and Nebida.
Downhill

The downhill can be carried out, for experienced people, returning to the roof of the cave where there is a stop for a rappelling on the raft, the jump is about 45 meters, otherwise you can retrace the ferrata up to the starting point.

With its 133 meters of height, Pan di Zucchero is the highest stack in Europe and the second in the world!

Along its sheer cliffs, there are three climbing routes, a 45-meter drop and the via ferrata called “il Sentiero dei Minatori”. 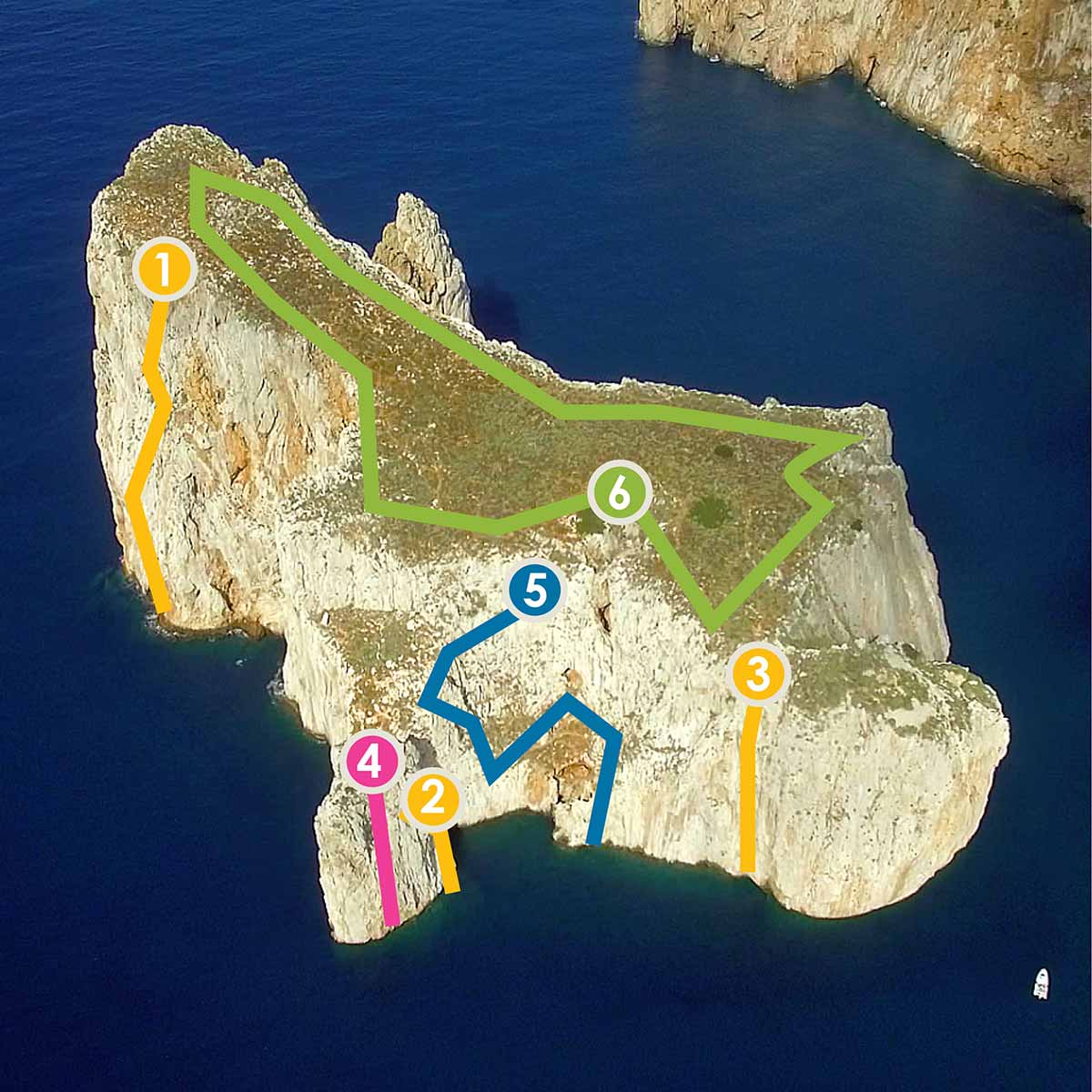